OVERVIEW
THE MOST DIVERSE COLLECTION OF CINEMATIC & WORLD PERFORMANCES.
EXPEDITIONS is a dynamic rhythmic sequencing and effects engine accompanied by a top-notch collection of eclectic cinematic and world loops, perfect for all styles of music production. By harnessing the power and flexibility of a 4-core loop engine, EXPEDITIONS possesses limitless creativity that is sure to transport your music around the world and beyond. These diverse loops span the entire globe from Africa, Asia, Europe, to America and Latin America. Genres include Acoustic, Melodic, Synthetic, Orchestral, Hybrid, Industrial and many more. Each loop has been hand crafted from the finest recordings of live performers courtesy of months of production by the visionary Sample Logic team in collaboration with renowned producers at Black Octopus, Loopmasters, Prime Loops and ThaLoops.com. All this to bring you the utmost in sample quality, authenticity and variety.
AT A GLANCE
Over 800 presets and 965 loops with a
limitless number of combinations 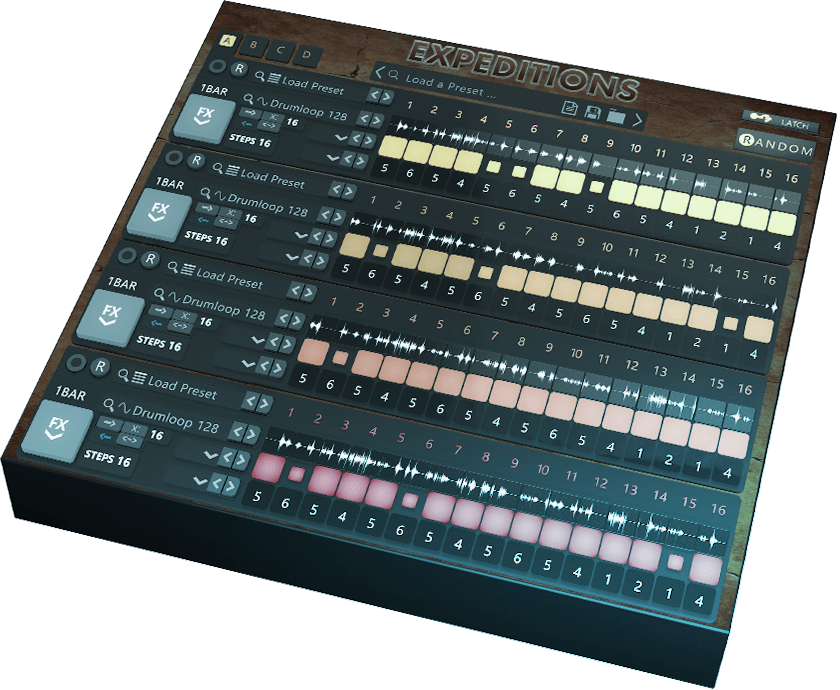 EXPLORE A WORLD OF WONDER

For many years Sample Logic has been collecting unique and inspiring samples from all over the globe and now they finally have a way to show them off. Presenting EXPEDITIONS…the definitive collection of essential sounds for all cinematic and world music productions.

OVER A THOUSAND LOOPS

The genre-busting sources of these loops combine drum kits, orchestras, winds, reeds, percussion, pianos and synths, to name just a few of their inspirations. Paring these loops and presets with an an unparalleled audio engine that defies definition makes EXPEDITIONS the last loop player you will need for cinematic and world music productions.

THE WORLD’S MOST FLEXIBLE RHYTHM ENGINE

Developed using Native Instruments’ Kontakt, this expansive library slots right into Sample Logic’s line-up of inspiring loop products that began with Rhythmology, extended with Electro City and now goes worldwide with EXPEDITIONS. Built in their bespoke multi core engine, it’s easy to design infinite rhythmic sequences, melodic phrases and mangled beat loops by stacking and shaping the loops. Play back up to four loop sources, inside four loop cores, while executing crazy and creative audio effects that are processed in real time. Start from the simplest fundamentals and tweak and edit the parameters. Go crazy complex with EXPEDITIONS’ intuitive interface to create elaborate rhythmic and melodic productions. All loop sources are loaded into a loop core packed with powerful effects including reverb, delay, filters, distortion and many more. Take it to the edge and beyond by using up to four loop cores simultaneously, generating interwoven grooves and sequences that surpass the capabilities of any other loop player on the market. Need more?… Mastering effects can be applied to all loop cores, creating truly impressive and inspiring results – a multi core masterpiece.

TAKE CONTROL OF THE JOURNEY

The EXPEDITIONS engine and interface are packed with intuitive real time sound-shaping controls and provide a platform for unlimited customizations. Every loop source is divided into rhythmic segments, each of which can be played back in any order, direction, sequence and combination. Creating custom sequences is only the start, since each segment can also be tweaked independently using built in static effects, such as stutter, transpose, reverse, volume and pan automation. These segments can also be styled using hot-swappable dynamic effects sequences, all of which form part of the loop sequence and introduce a whole new level of animation to your sounds.

Sample Logic likes to push the limits and EXPEDITIONS is no exception. Each effect module can be sequenced on a per segment basis and set to user defined tempo resolutions. The key to creativity is uniting all of this technology by fusing the loops together through activating and deactivating segments across all four loop cores. The icing on the cake… EXPEDITIONS is compatible with Native Instruments’ NKS, an extended plug-in format allowing advanced integration with the company’s cutting-edge KONTROL and MASCHINE software and controllers.

Feel the need for speed? Sample Logic has equipped over a dozen parameters within the EXPEDITIONS interface for intuitive randomization, allowing you to rapidly tap into over a trillion combinations of creative effects. Simply arm your chosen parameters for randomization and prepare to launch. The intelligent randomization technology will generate inspiring results…every single time. So get ready for the trip of a lifetime as EXPEDITIONS will take you to the end of the earth…and you might never return. Buckle up!

Kontakt is continuously being updated. For the latest system compatibilities visit the Native Instruments website. http://www.native-instruments.com/en/products/komplete/samplers/

EXPEDITIONS is another chunk of awesome from Sample Logic. Super hi-fi sound sources that lie somewhere between electro and ethnic, with a user interface that will let you get absolutely mental if you want to. Great for getting that heavily-processed yet still organically-based feel, right on target for modern scoring situations. Nice!
CHARLIE CLOUSER

Sample Logic have one of the coolest new instruments I’ve seen in a long time with EXPEDITIONS. It takes the richness of (exquisitely recorded) world music and gives it an unexpectedly contemporary twist. This is a whole new category of sample instrument in my mind. I can’t believe how useful this thing is!
JEFF RONA

Expeditions is amazing. It gives you the ability to chop up and affect pristine loops without limits, allowing your creativity to be your own masterpiece. This one is hot!
GRANDMASTER FLASH

“EXPEDITIONS has a pristine collection of organic and authentic world music loops and samples, and with Sample Logic’s built in rhythm engine and user interface, producers can arrange these recordings to create a whole new approach to world music. I’ll be sure to be implementing this release into my workflow no matter what the project!”
JAMES SIZEMORE

The first thing you immediately notice is how easy the GUI is to use and navigate. The sound elements are stunningly recorded and lend themselves to an unbelievable array of manipulations. EXPEDITIONS is a must in any serious composer’s arsenal for rhythmic texturing.
DAVID LAWRENCE
PRICING 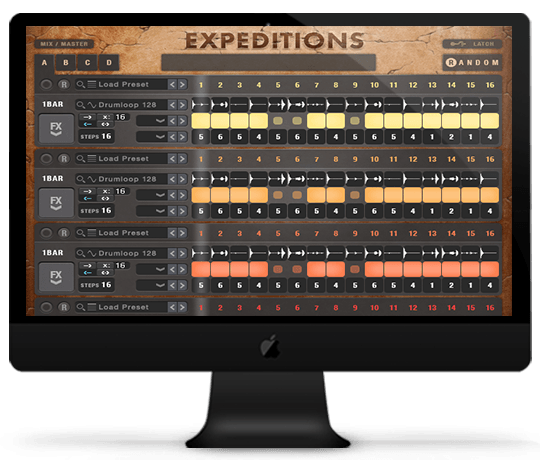 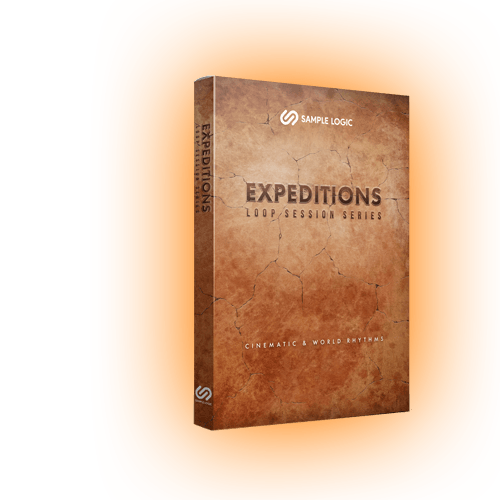